The Rise of the Decentralized Workplace

Most of us are already familiar with a hierarchical, or centralized organizational structure. From the government and military to large corporations, a centralized management system has long been the norm. However, more and more organizations of every size are starting to value more egalitarian organizational landscapes. As technology increases agility in day-to-day business operations, decisions need to be made with equal agility, and many are finding that it has become necessary to adapt.

Centralized organizations function using a top-to-bottom authority model, basing all major decisions on word from executives and leaders. And while they often have a bad reputation for backlog and bureaucracy, there are some benefits to using this model.

Hierarchical organizations have a certain level of focus and control that can be harder to maintain for decentralized organizations, and while they tend to make large decisions more slowly, they also benefit from having clear-cut channels for implementing change company-wide. Communication and collaboration across departments tends to be easier as well, since individual teams are less likely to become information silos, and employees will have a broader base of knowledge as opposed to the areas of specific expertise that decentralization favors.

In fact, small companies can fair well with a hierarchical system. Owners of nascent businesses tend to be hyper-involved in day-to-day operations, and staff is generally limited, making it easier to pass decisions through one central authority. As a business grows, however, the limitations of centralization begin to surface, an issue that many growing startups face as their scope increases.

1:1s are Necessary for Centralized or Decentralized Management

The Emergence of Decentralization

Decentralization is not a new concept by any means. Johnson and Johnson is well known for using a decentralized model and in 1999, Forbes was already writing about Illinois Tool Works, a company that used autonomous production units to help isolate problems as well as successes. Today, with the proliferation of startups, accelerators, non-traditional work arrangements, and shared workspace, decentralization is becoming more and more common even within traditional corporate settings.

Rather than passing all decisions through a rigidly hierarchical system, decentralized organizations put more authority and autonomy directly in the hands of employees. A decentralized team-based management model allows units, departments, franchises, or specific teams to make decisions based on real-time factors going on around them, instead of waiting for approval from leadership. It leads to more agile decision-making, and empowers employees to implement ideas and make changes that can benefit the company. 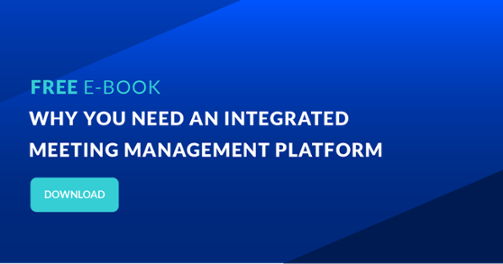 Beyond its practical benefits, decentralization can also go a long way to boosting morale and developing the leadership ability and expertise of your workforce. It can also make it easier to pinpoint problems and cope more effectively with economic adversity.

Keep in mind that very few organizations are entirely decentralized; most employ a combination of structured management and team-based autonomy. And employees do seem to prefer some semblance of structure and hierarchy, even if it is loose or non-traditional. Take, for example, Zappos’ recent shift toward holacracy, a move that rid the company of titles and bosses altogether. This change caused employees to leave in droves, citing confusion and a lack of motivation without any central management or oversight.

Organizational flow doesn’t just affect the way that major decisions are made or departments are overseen. It also has a profound impact on the everyday office landscape of your employees. For example, take something as simple as holding a meeting.

In a traditionally centralized system, all bookings for meeting rooms, as well as IT requests, would need to go through a direct supervisor or require a step by step approval process overseen by an IT or room manager. It might be difficult to gain approval to coveted rooms like the corner office or the board room, and requests likely need to be submitted weeks in advance in order to guarantee access to an appropriate meeting space. And that’s assuming your request is approved at all.

This makes it nearly impossible for employees to easily accommodate last-minute changes, or even hold informal team meetings to discuss progress or brainstorm away from their desks. While such a system certainly ensures an organized system for using company resources, it can also be cumbersome to work with.

By contrast, in a decentralized organization, resource and office management systems like AskCody make it easy for employees to book rooms, request IT needs, and make last minute changes to meeting times or locations on their own. Meeting room schedules and resource availability are visible and accessible to everyone, and conflicts that arise are generally hashed out between individual employees or departments. 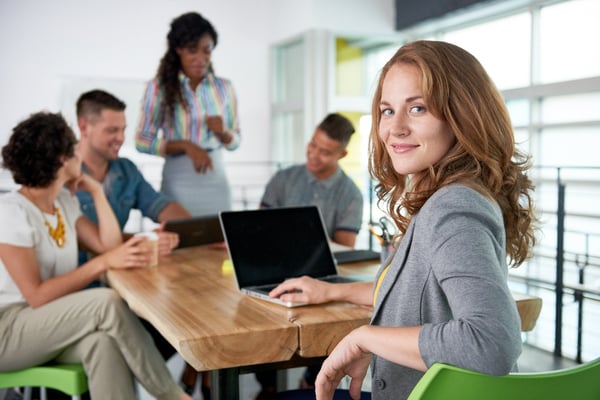 Centralized Manager in Foreground, Her Team in Background

Decentralized organizations also tend to implement less traditional workplace environments like hot desking, office hoteling, and use of coworking spaces. This creates a greater sense of freedom and flexibility, and shared or mobile office structures often incorporate informal spaces for meeting and collaborating that can take some of the pressure off the use of meeting rooms and event spaces.

The degree of centralization within your company can have myriad other effects across all departments and divisions, and can have major implications when it comes to growth and expansion. On the whole, today’s workplace seems to be trending in the direction of more egalitarian systems that rely less on a formal chain of command. And while entrenched corporate ideals of structure, guidance and hierarchy can make a great framework in which employees can work efficiently, the trust, autonomy and development of expertise implied by a decentralized model encourages greater creativity, flexibility, and leadership, values increasingly in accordance with modern workplace values. 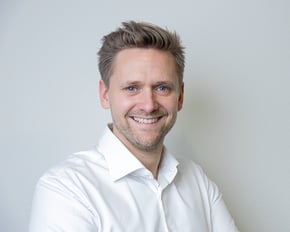 The revival of Activity Based Working

The concept of activity based working is not new, but in light of recent events got renewed focus. Lets refresh, what is ...
Start Reading
Allan Mørch Dec 18, 2019 16 min read

Move over, Baby Boomers, the next generation of the workforce is here. And they’re demanding change. As of 2017, ...
Start Reading