Why we Need More Huddle Rooms to Stay Productive

The benefits of modern workplace design are proven and plentiful, but employees often lament about their lack of privacy and quiet spaces that are lacking in open office concepts. Learn why companies must look for ways to add privacy and quiet areas without reverting to the traditional office design and how they can do it.

You drop your bike off at the office bike parking rack. You stop at the cold pressed juice bar for a banana-spinach-strawberry-ginger-lemon-pineapple smoothie. You clip your key card, which you keep secured on a lanyard. You walk to your standing desk workstation pod sandwiched between biz-dev and dev-ops. You greet your team, who are happily sitting at their desks like a little forest of wireless Beats or Bose headphones. You fist-bump Steve. You pet Stacy’s dog. It is just another day in your modern open office layout.

And you hate it.

Of course you do not want to admit that you hate it, right? After all, you joined a company that promised an almost flat structure, a laid-back approach, and a general disdain towards the hierarchical tendencies of our business forefathers. You promised yourself that you would never go back to the old cubicles or small offices. You accepted the job with a smile on your face and a song in your heart. More importantly, you enjoy the people you manage and the job you do.

Noisy, open-floor plans have become a staple of modern office life. And you do not want to be the counter-cultural, entitled prince who complains about it. You just want less open space and more closed space. A bit more "open calendar" than "open office/desk" policy. You actually miss some time alone with just you and your laptop (and a cup of coffee) to get some things done and cross tasks off your To Do list without disruption. You want privacy!

You are not alone. In her  recent Wall Street Journal article, Vanessa Fuhrmans exposes a new trend in the modern workspace: CEO’s that promised an egalitarian, open office layouts are reversing course- not to show dominance, but to simply get some alone time to focus.

After years of employee complaints, companies are trying to quiet the open office backlash by adding soundproof rooms, creating quiet zones, and rearranging floor plans to appeal to employees eager to escape disruptions at their desk.

Companies are stopping short, however, of actually returning to traditionally-style offices, with their many more compartmentalized individual rooms, doors, and desks. Part of the reason is economic. Traditional offices are more costly in terms of materials, design, and space. Instead, companies that want to redesign are looking for ways to create privacy zones amid otherwise open office plans.

Open office floor plans may help meet the changing demands of employees over the last decade, but the noise and disruption caused by these offices have brought about the need for new collaborative spaces where staff can have impromptu meetings without disruption, or simply spend some time working alone.

In the past decade, many companies have turned to  open floor plan  office settings in the hopes of fostering an atmosphere of spontaneous collaboration. However, according to a recent  Fortune article, “studies have shown that open office plans decrease productivity  and  employee well-being, while increasing the number of sick days workers take.” Yikes!

So what can you do to ensure your people are able to collaborate with minimal distractions?

You can hook them up with well-equipped huddle rooms.

The Rise Of Huddle Rooms

As companies move to open floor plans, there is a growing need to provide sufficient variety in spaces and room for privacy and focus. Therefore, we see that huddle spaces are becoming increasingly popular in modern workplaces to give employees that necessary space to breathe. There is a growing shift in focus taking us away from the conventional large conference rooms in favor of smaller, ultra-connected “huddle rooms,” which some businesses refer to as “breakout rooms” and are typically used by smaller groups of two to four  people. 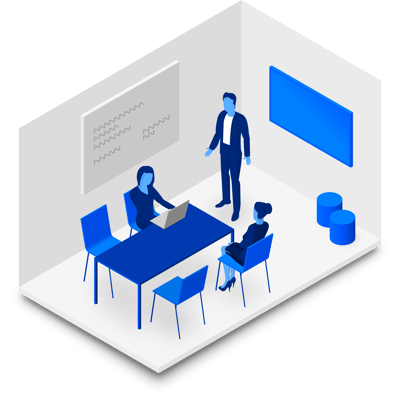 What Is A Huddle Room?

Although the definition of huddle rooms can be quite broad, in essence these spaces are small meeting rooms intended for informal conversations, presentations, brainstorming sessions, conferences with remote workers, or any number of other collaborations.

Statistics show that moving from a traditional office layout with many small offices and large conference rooms, to a modern office layout based on with activity based-working, increases the number of huddle and meeting rooms with a factor 10. In the recent State of the State report on Enterprise Video Conferencing from Wainhouse Research, estimates shows that there are 50 million huddle rooms globally. Why Huddle Rooms Are The New Black

Huddle rooms are small, intimate spaces. They create the privacy needed in a dynamic workplace. As we noted before, there are several problems that open workspace concepts create, but perhaps the two most harmful to productivity and collaboration are noise and distractions.

Huddle rooms, solve these problems by providing a quiet space where a small group of collaborators can have an intimate conversation without interruptions.

Huddle rooms make the most of office space. Install huddle rooms at the intersection of work areas to ensure employees can collaborate easily, and that you get the most bang for your real estate buck. Today, more companies are fostering collaboration by turning larger unused spaces into huddle rooms or moving to places where they can have more huddle rooms.

At AskCody, we often meet companies that are moving to a new office. In their old space, they may have had five medium-sized meeting rooms and three large conference rooms. When we look at their data, we see that they only utilize their meeting space 60% of the time and the capacity score is below 20%.

In their new space, they are going to have two large conference rooms (perhaps with flexible walls, so they can be divided into smaller rooms) and 10-15 huddle rooms designed with different types of furniture to support multiple postures and movement. This encourages employees to use all kinds of positions to do their best work and gives employees the freedom to move around.

Huddle rooms enable you to do more with less.  Unlike the corporate atmosphere of an executive conference room,  huddle rooms provide a more flexible approach to getting work done in a less formal environment, which makes them magnets for millennials seeking a collaboration oasis.

However, do not be fooled by a huddle room’s small size and laid back style. These little dynamos are great for taking care of serious business such as webinars, sales presentations, job interviews, and focus work. Their nimble size also makes them a budget-friendly option since equipping four huddle rooms typically costs less than outfitting one conference room, and yet they offer four times the productivity potential.

Whether you are looking for a way to manage your open floor plan or to book huddle rooms, AskCody has a solution. The increase of huddle rooms in the modern workplace requires a platform to manage these collaboration generators in the smartest way, so you do not end up with huddle room booking anarchy or employees simply barricading themselves inside the huddle room because it makes a better office. 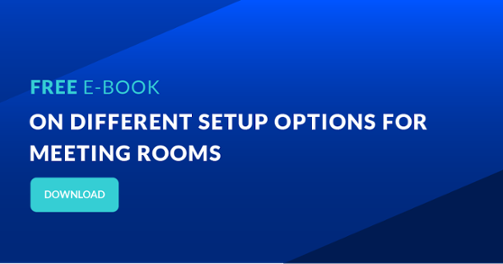 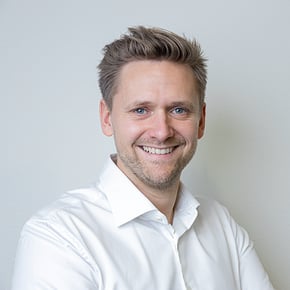 We have written a lot about the environment of today’s modern workplace, but as you strive to keep your company attractive and ...
Start Reading
Allan Mørch Aug 31, 2022 8 min read

5 Steps to Creating the Ideal Office Design for Millennials

Millennials have fully infiltrated the workforce and they are changing it … for the better. Once seen as an entitled, overly ...
Start Reading