Open office space: the good, the bad, and the ugly 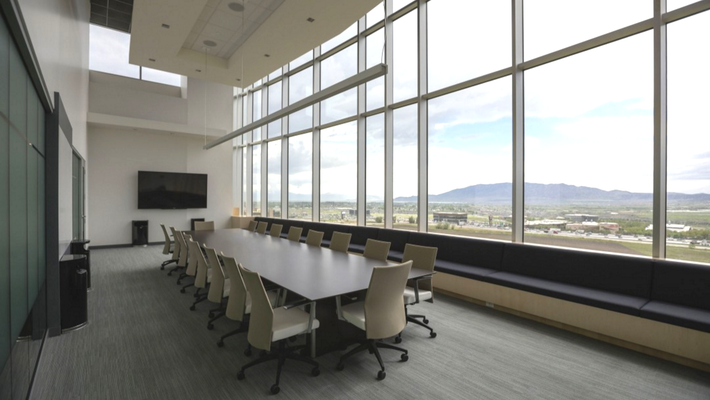 Perhaps there is no more iconic picture of the modern office than of the wide open space, rows of desks arranged together, surrounded by fashionable Scandinavian furniture, hordes of millennials banging away at their keyboards wearing their high-end headphones. Large windows and all white everything keep the space light, airy, and up to the expected aesthetics of modern design. Maybe throw some plants in for good measure. While we’re at it, sprinkle in a couple well-behaved dogs, a work BFF, and a dozen flannel shirts and VOILA! You have the modern open office space.

As companies compete for the most talented employees, they have realized that it’s more important than ever for the physical office to reflect the modern culture of the company itself. That means the dreaded cubicle farm is a thing of the past. Companies are breaking down walls and opening doors in an attempt to foster conversation and creativity, enhance relationships, and promote transparency.

It also doesn’t hurt that an open office plan lets businesses cram more people into less space and save money on real estate and resources. But just because the open office space looks good and sounds good in theory, doesn’t mean it actually is good in practice.

What does the open office floorplan actually do to productivity?

In addition to those well-intentioned features mentioned above, you also must add in all the distractions that pair with them. Noise is enhanced. When coworkers sit elbow to elbow, everything from a tapping keyboard to a sales phone call to a sniffling nose or scratchy throat is enough to drive someone to distraction.

Not to mention, Karen is eating tuna fish for lunch at her desk … again.

Those well-behaved dogs are great for cortisol levels, but I am certainly not going to have the self-control to not get down on the floor to talk to them about who’s a good dog for 20 minutes. And it’s great to have a work BFF, but without a door you can retreat behind to focus, what’s stopping them or anyone from dropping by your desk to chat about the weekend, the latest pitch idea, or to pick your brain for an upcoming proposal? Nevermind that you were in the middle of a great thought. Now if only you could remember what it was …

It makes sense then, that headphones have become the ubiquitous “do not disturb” sign. However, with a team of employees plugged in to Spotify all day, it defeats the entire purpose of the open floor plan for open dialogue concept to begin with. 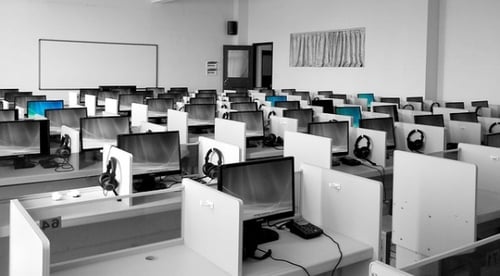 What do the professionals say?

“I led Facilities for the first 18 of my last 19 years,” says Bruce Rashke, Chief Services Officer and Associate General Counsel, Director of Information Gov., Great Lakes Educational Loan Services, Inc. “Most office designs and office designers forget a key piece of the plan- employees are humans. That does not mean to imply these designs are inhumane. It does mean the things humans actually do are missing from the concept. We chew, sneeze, and make other bodily noises. We wear colognes or should and do not. We eat at our desk and we don't share the same appreciation for everyone else's taste (or smell) in food. We need a bit of privacy to do private things adjust our clothing, blow our nose, scratch ourselves.

“This is the reality of life at work. You can choose to ignore the reality and pretend everyone is happy (your facility staff who get all the complaints knows differently) or you can accommodate real life.”

What can you do about it?

You don’t have to abandon the open office floor plan in your quest to design the modern office.

Rashke continues:  “Real life means there are times I want and need to be around others. And, there are times when I do not. We need to be open to the fact that employees need multiple work environments that suit the present task or assignment- the cost is a significant increase in per person square feet utilized. And, this latter point is the failing of most open space places where increasing staff density appears the goal that trumps accommodating human needs.”

For every open office floor plan, you must add a variety of diverse working spaces such as huddle rooms, phone booths, and focus rooms to give employees a chance to close a door and work privately for a few minutes or a few hours. These spaces are typically small meant for one to four people at most informal, and most importantly, private.

Ensuring the success of an open office floor plan means you should be open to adopting activity-based working. That means enabling employees to leave their desks for a period of time to find a physical space that best fits their current task.

Whether employees need to make a phone call, brainstorm with a few other colleagues, or simply take time to buckle down and work in a space that is guaranteed to be free of interruptions, employees report higher rates of satisfaction and productivity when given options that meet the needs of how they best perform.

An open office means employees will regularly be on the hunt for the right type of room for their needs—whether that be a private phone call or an important group meeting. The best way you ensure the best use of the spaces you have provided is to arm employees with the tools they need to maximize productivity and cut down on tedious tasks.

Create a connected, intelligent workplace with a platform such as a Meeting Management solution. Recent research shows that the average office employee spends over five hours each week sitting in meetings and over four hours on the tedious tasks needed to prepare for them. Users can intelligently search for meeting rooms and private spaces based on criteria and size; book directly from their computer, smartphone, or display screen right outside the meeting room door; order resources and catering; and handle guest registration all with just a few clicks. It also solves the problem of pre-booked meeting rooms that lay vacant by freeing up rooms that haven’t been checked into within a particular time period.

So many of the benefits of the open office plan lie in a new type of company culture that promotes openness, transparency, and communication. Like the many scenarios we discussed above though, it doesn’t take much to tip the scales from “open” to “anarchic.”

As a company leader, it’s up to you to emphasize the type of culture you expect employees to adhere to. That doesn’t mean passing around the 10 Office Commandments on stone tablets. I’m talking about encouraging flexibility, while stressing the importance of independence and respect for others’ time and resources. An example of this would be creating a no-drop-by rule to eliminate (or at least cut down on) unwelcome interruptions at employees’ workstations. Instead, employees should send a meeting invitation for a quick catch up in a more private space.

Team leaders should set aside organized time for collaboration and communication amongst and between teams, while trusting their coworkers to work independently the rest of the time in the way that works best for them. That might be at home, in a coffee shop for the day, or just at their desk. Recognizing the many types of needs of the diverse array of employees at your company demonstrates appreciation, boosts morale, and ultimately drives productivity.

With a realistic eye on employee needs and behavior, your open office floor plan can still be an environment for success.